EURL ECVAM Status Report of 2020 has been published

The JRC's European Union Reference Laboratory for alternatives to animal testing (EURL ECVAM) has just published their annual report on the progress they have made towards animal replacement for scientific and educational purposes.

The EC has contributed to the funding of several projects towards the development of promising new non-animal methods. In 2020 a lot of efforts have been made in the fields of systemic toxicity, biokinetics, and, the use of mechanistic information and ‘Adverse Outcome Pathways’ (AOPs). Also, several methodologies were investigated to improve the identification of endocrine disrupting chemicals, and additional genotoxicity and carcinogenicity data were published for 211 new chemicals with negative results in the Ames test.

The official validation process via EURL ECVAM entails four different phases which can be followed-up via their ‘Tracking System for Alternative methods towards Regulatory Acceptance’ (TSAR). Three test methods were submitted for further evaluation: (1) the ALIsens, which is 3D lung tissue model with the aim to distinct respiratory irritation from sensitisation, (2) the SENS-IS which was resubmitted and is now ready for review by the ‘EURL ECVAM Scientific Advisory Committee’ (ESAC), and (3) Cosmetics Europe also instigated an international validation study for the reconstructed skin comet assay and micronucleus test. Furthermore, ESAC supported EURL ECVAM in the evaluation of the GARD skin and potency submissions, and in their recent recommendation on non-animal derived Antibodies.

Two useful documents were published in the scope of hazard assessment: one on the use of ‘Integrated Approaches to Testing and Assessment’ (IATA) and another one on the characterisation, validation and reporting of ‘Physiologically Based Kinetic’ (PBK) models for regulatory applications. Several other activities have been undertaken in the OECD Test Guidelines Programme including projects on toxicity testing in fish, models to identify endocrine disruptors, Androgen Receptor Transactivation Assays, and developmental neurotoxicity in vitro assays. Also, the Harmonised Template for reporting intermediate effects (OHT 201) has been revised to include mechanistic information from in vitro/in chemico testing, in silico testing, or ex vivo testing. The template will be available via IUCLID software and can be used in both regulatory and non-regulatory decision-making.

In 2020, two studies have been published on the use of advanced non-animal models in respiratory tract diseases, and breast cancer. Additional studies on other disease areas are planned in 2021 including immune-oncology and neurodegenerative diseases. The disease areas were selected on their incidence and prevalence, the availability on non-animal models and the amount of animal procedures conducted. An additional initiative was set-up to tackle the COVID-19 pandemic with the use of AOP’s, called the CIAO project.

Education plays a crucial role in the transition towards the implementation of non-animal science, so the introduction of the 3Rs into secondary schools will have major benefits on the long term. EURL ECVAM has produced six learning scenarios on various related subjects for teachers, which are freely available via the ‘Massive Open Online Course’ (MOOC). Furthermore, the development of e-learning modules is foreseen in 2021, which aims to address the whole animal user community. 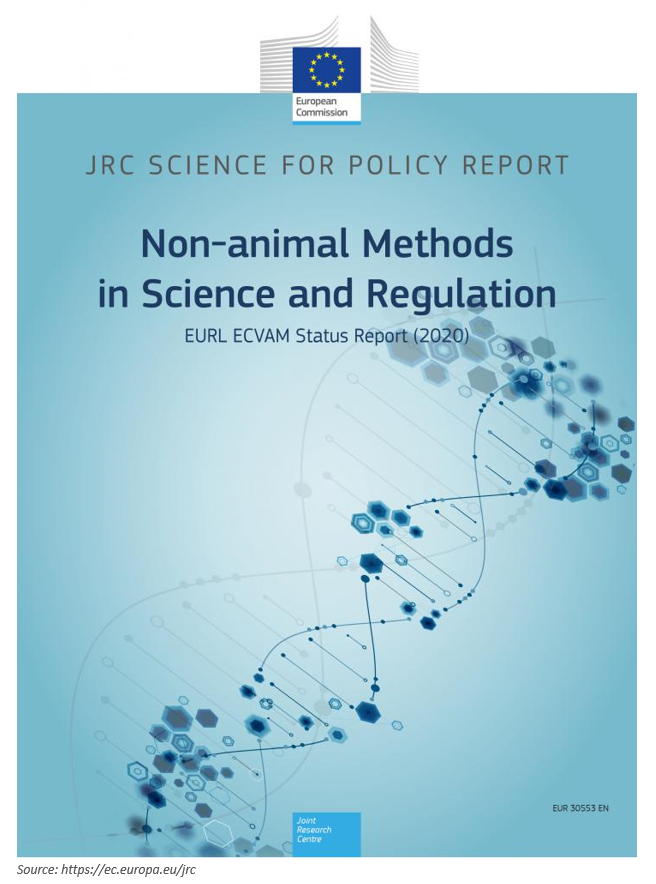