Applications of new tools in Toxicology

The American Society for Cellular and Computational Toxicology (ASCCT) recently organized its 10th  annual meeting themed “Practical applications of new tools in toxicology” from the 12th to the 14th of October.

ASCCT is a scientific society dedicated to the promotion of toxicology testing and research that reduces and replaces the use of animals. Toxicology testing is currently undergoing a paradigm shift from an observational, whole animal-based science to a more predictive, mode-of-action-focused discipline. This shift is being spurred by diverse factors such as concerns for laboratory animals, logistical difficulties in assessing growing inventories of substances, and a better understanding of the interaction between chemistry and human biology at the molecular level.

ASCCT aims to provide a forum for cellular (in vitro) and computational toxicology approaches especially when replacing animal-based toxicology methods. They want to facilitate the development, acceptance, and routine use of cellular and computational methods through open dialog between industry, academic, advocacy, and regulatory scientists.

During the online meeting, different topics related to the practical application of new tools in toxicology were presented and the 21st Century Challenges for toxicity testing were discussed. There was a focus on Omics, Artificial Intelligence, other New Approaches and how to validate them. Only registered participants can view the posters and session recordings until the 30th of November.

The ASCCT also encourages the participation of young scientists in the current debate. Three awards were issued:

Receiving the award is a recognition that the performed work is of high importance for the current paradigm shift in toxicology testing. Congratulations to the outstanding presenters! 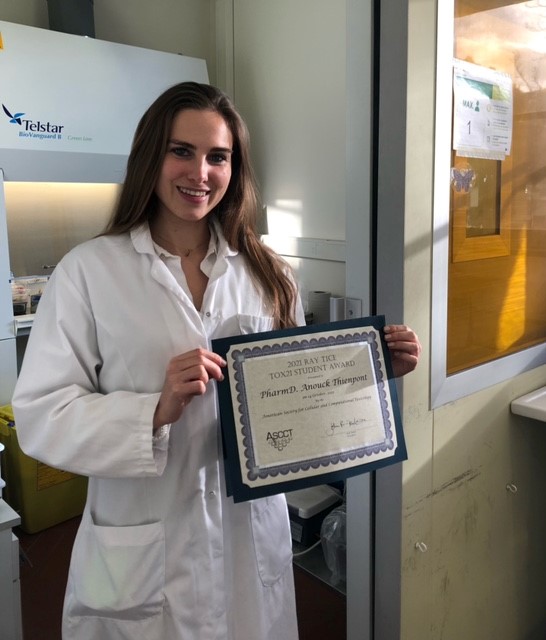